2013 Nobel Prize laureate Arieh Warshel has been honored with a commemorative Israeli postage stamp to be officially released Oct. 10.

The imprint, which celebrates the United Nations 2015 International Year of Light, was dedicated to the three Nobel Prize laureates in chemistry: Warshel, Martin Karplus and Michael Levitt. One of their most important achievements is the molecular dynamics simulations of biological processes.

Professor Warshel deciphered the role of the protein rhodopsin in retina cells, the simulation of which was the first molecular dynamics simulation of the process of vision. This represents one of his most important scientific contributions.

The right side of the stamp features rhodopsin, a bundle of seven helices connected to each other by peptide loops. The protein is embedded within the cell membrane and binds a small, light-sensitive molecule called retinal, shown as a group of gray spheres on the stamp.

Nobel Laureate in Chemistry Arieh Warshel is an honorary professor of CUHK(SZ). In 2014, he gave a lecture on the Master Forum entitled “Computer Simulations of Complex Biological Research”. In early September, he will attend the opening ceremony along with new students and give a speech “First Lesson in University”. 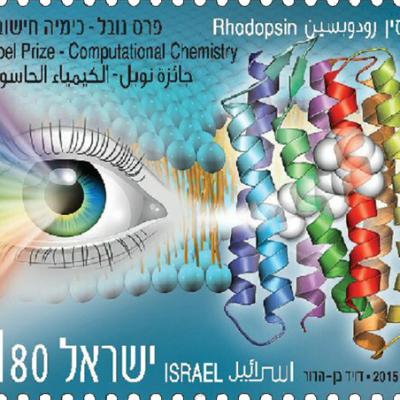 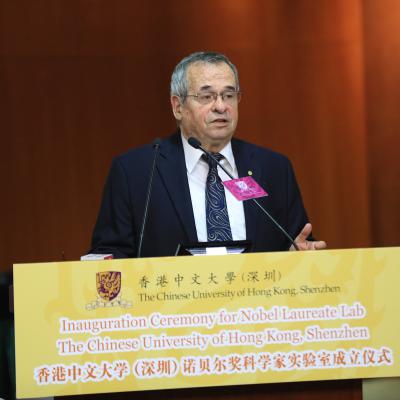